This dissertation examines the origins of a signed language in Tajikistan, including its historical sources and its transmission within educational institutions and among Tajik signers in broader social contexts. Russian-Tajik Sign Language (SL) has roots in a variety of Russian SL that was imported into Tajikistan around 1940 by a group of hearing educators who established the first school for the deaf in Tajikistan, the Leninsky School. Despite the approximately 80-year history of this institution and of the language that developed there, many deaf Tajiks—by some estimates greater than half of the deaf population—have had little, if any, experience in a deaf educational institution and, relatedly, have had widely varying levels of exposure to Russian SL or Russian-Tajik SL. These signers nevertheless communicate regularly in sign with their family members, neighbors, and, in some cases, small groups of deaf signers. Thus, Russian-Tajik SL has evolved in a linguistic ecology in Tajikistan including at least two sign systems with differing origins, Russian and Tajik.

The dissertation’s first goal is to understand which features of the lexicon and grammar of Russian-Tajik SL have their origins in Russian SL and which are Tajik in origin. The second goal is to examine the transmission processes by which these sources have contributed to the language and have spread among Tajik signers. In pursuing these goals, the dissertation takes a comparative approach by examining basic vocabulary, sublexical handshape features, and structural features of word order and discourse across signers in three regions of Tajikistan who have had differing ex- periences in educational institutions and differing levels of exposure to Russian-Tajik SL. I compare these signers with four signers of Russian SL residing in Russia. For the lexical comparison, I develop a replicable, computer-assisted inferential framework that incorporates a theoretically-motivated model of sign change.

The results of the three analyses presented in this dissertation indicate a funda- mental divide among Tajik signers relating directly to their level of integration in the Russian-Tajik signing community centered in Dushanbe. Russian-Tajik signers pattern closely with Russian signers in the lexical and handshape analyses. In contrast, Tajik signers who live outside of Dushanbe and who have few ties to the Russian- Tajik signing community pattern differently, both from the Russian and Russian-Tajik signers, and among each other. There is only limited evidence of any Tajik-origin conventional signs or handshapes in widespread use across all three regions. The results of the grammatical comparison sketch a different picture, in which the Tajik signers as a group exhibit broad similarity in their preferences for object-subject order in both mono- and multi-clausal event representations. These preferences differ from those of the Russian signers, who prefer subject precedence in both types of representation. Notwithstanding these similarities across Tajik signers with respect to grammar, in general the results presented in all three comparisons contribute to the following outline of the sign linguistic ecology in Tajikistan. There exists one coherent signing community centered in Dushanbe, whose language has roots in Russian SL via a complex language transmission scenario, implicating vertical, horizontal, and oblique processes. In addition to the Russian-Tajik signing community, there exists a broad range of signers in Tajikistan, from those occupying positions on the periphery of this signing community to others who have had little, if any, contact with it. The results provide little evidence for any conventional indigenous signed communication system broadly shared among these signers. 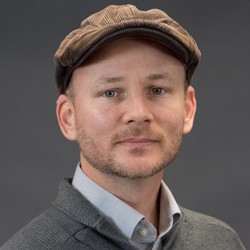 The emergence of signed language in Tajik schools for the deaf: A scalar ecological investigation of a complex contact situation